I love Thuringia and I love Weimar, where I live now. I can't imagine living anywhere else.

Aysenur Korkmaz was just finishing the fourth semester of her medical studies in 2019 when she fled Turkey for Germany. After her first language courses, she knew that the only way she would eventually be able to resume her studies was through an intermediate job. But the German system was opaque to the woman who was just learning German. She found the LAT project of job managers through the pages of the Diakonie in Weimar.

Ms. Florentine Müller from the LAT project helped her find the right path through the jungle of the German education system. Together with Ms. Müller, Aysenur Korkmaz decided to train in the medical field. Together, they first looked for internships, wrote applications and resumes. "During this time, we were actually in constant contact. I picked out various internship positions and Ms. Müller then told me whether the position was suitable for me and my wishes," says Aysenur Korkmaz. In general, Ms. Korkmaz is very satisfied with the cooperation with the job managers. Not only from a professional perspective. Ms. Korkmaz was worried about taking the step into the job market already. At the time, the lack of language skills, her reserved nature and her religion were still seen as too great an obstacle by the very tough-looking woman.

Aysenur Korkmaz has completed two internships. She received very good evaluations in both the doctor's office and the hospital.

From a bumpy start to a sought-after trainee

"When I did my first internship, I only had a B1 level. That's not enough for a job with people. And religion also played a big role in my daily work with people, because I was still wearing my headscarf at the time; older patients in particular, but also colleagues here in eastern Germany, still have a lot of prejudices about that."

Aysenur Korkmaz also found the collegial interaction very difficult at first because the language still caused her some problems. "I did my tasks well, only the human aspect still fell by the wayside a bit because of the language barrier."

That she did her job well was also confirmed at the hospital where she completed the second internship. "There I also got a training promise, but I liked to have the chance to make a good first impression again." Even at her final interview, she was advised to come out of her shell more and not make herself smaller than she is.

But as her work experience grew, so did her confidence again. The daily work with colleagues and patients not only improved her language skills. "It was very important for me to be a part of society. So not just to live here, but to really be in the middle of life in Germany and with the population. With this participation, you only really feel integrated."

Aysenur Korkmaz received four acceptances in total for her training applications and is now very satisfied. Things are also going really well with her colleagues at the Helios Clinic in Blankenhain, where she is doing the practical part of her training. In terms of content, Ms. Korkmaz can tie in well with her knowledge from medical school. "I've only had the theoretical part of my studies in the two years, so Latin, anatomy, biochemistry and much more, that's really helpful now."

The school part of the training is in Holzdorf, for the practical part Ms. Korkmaz travels to Blankenhain. "I always go by bus, it's not a problem. When we start at half past five in Blankenhain, it's a bit more difficult. But it's okay for my colleagues if I start later because the bus doesn't fit the shift times."

But the daily commute doesn't bother the young woman. "I love Thuringia and I love Weimar, where I live now. I can't imagine living anywhere else."

Freedom from prejudice is an important factor in staying in Thuringia

Ms. Korkmaz now feels at home and since she took off her headscarf for work, prejudices in everyday life also decreased. The LAT projects know the problems of clients who wear headscarves. Prejudice at work is not the only problem. Ms. Kormaz, who was also confronted with racism in her everyday life, can also report on this: "There were no physical assaults, but you can feel the looks and you can hear people talking about me. My friends with headscarves have the same experiences." Aysenur Korkmaz receives support from her family and (German) friends. She is also encouraged by her colleagues at the AWO, where she also works as a volunteer interpreter. But the grievance remains. "I think it's a shame that no one talks about it. It is simply very hurtful that many people think that just because a woman wears a headscarf, she would be unfree or dependent on her husband or father. I think that hurts me the most, that I'm not seen as an independent person, as an independent and educated woman."

For her future, Aysenur Korkmaz wishes to successfully complete her education and then study again after all. "I love learning new things. However, through my experiences in Germany, I would maybe not continue in the medical field, but study social work. There are so many foreign people who need support, like I did back then. I would like to help them as I was always helped."

Ms. Korkmaz wishes the LAT projects continued success and that they reach as many people as possible. "So that everyone also realizes that all people are equal. Without prejudice, without racism, without borders and in these times especially without war." 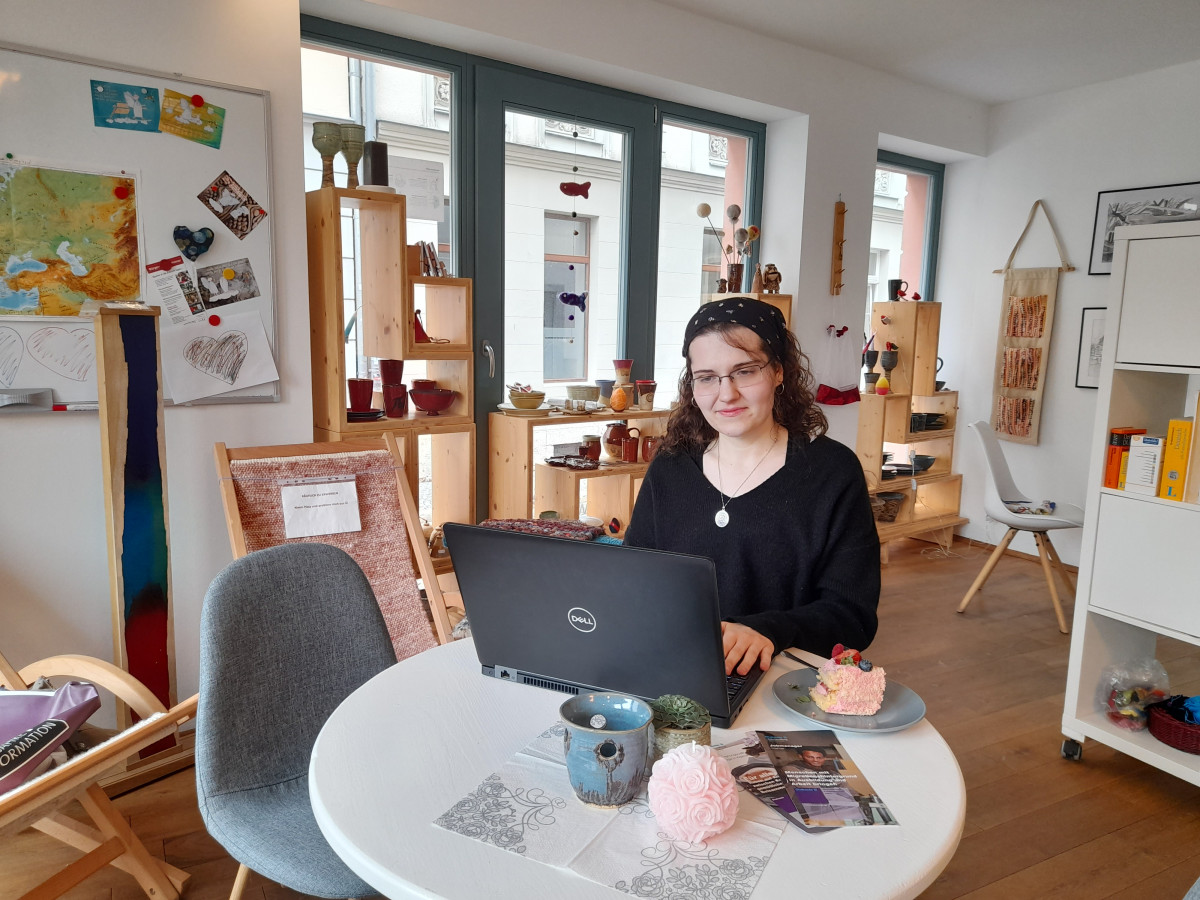 Talk with the job managers in Weimar

The job managers are an important orientation aid

Ms. Korkmaz came to the LAT project "Jobmanager Weimar" through her own research and on the recommendation of acquaintances in June 2020. She needed advice because she wanted to do an apprenticeship in the medical field, but the choice of medical apprenticeships is large and Ms. Korkmaz lacked orientation in the German (education) system. Thus, the counseling was mainly about writing applications and finding internships to learn about different medical fields. "In the beginning, Ms. Korkmaz still needed support, but after a fairly short time she needed the help less and less," recalls Florentine Müller from the Weimar job managers.

The general procedure in the project is similar for all those seeking advice. First, a competence assessment is made, then a help plan is drawn up - i.e. which steps are to be taken and when - the existing papers are examined, any recognition of certificates is initiated, an application portfolio is prepared and finally research is started into what opportunities there are on the labor market. This was also the case for Ms. Korkmaz. Her Turkish certificates had already been translated, so she was able to submit an application for recognition right away, so that she received recognition of a subject-related university entrance qualification in the medical field. This recognition enables her to study in the medical field or to do an apprenticeship, as she automatically received a high school diploma. After that, two internships could be found for her, the first in an orthopedic practice and the second in the Zentralklinik Bad Berka. In both, Ms. Korkmaz received an excellent evaluation. In the end, it was clear to her that she wanted to apply for training as a hospital nurse, as she had particularly enjoyed the internship at the clinic. "Ms. Korkmaz was good at saying what she wanted and what she didn't want. In the end, she also did her own research on where she would like to do an internship and start training. She applied to several hospitals on her own and got some acceptances," Ms. Müller said. "We had no contact with the hospitals at all. Ms. Korkmaz did all that on her own," the job manager continued.

Experiences of discrimination demand a lot from those affected

According to the job managers, Ms. Korkmaz showed a high level of motivation and determination. This and her open and cordial nature, as well as her independent work and quick learning of the German language, led to her rapid and successful integration into the labor market. However, she also had to make negative experiences along the way, as Ms. Müller reports: "Even when she was looking for an internship, she received negative feedback because of her headscarf. She was upset and told us about it. We talked about it and told her that unfortunately something like that can happen again and again, but that she shouldn't give up." She didn't give up, even though she took off her headscarf.

She finally decided to start training at the hospital in Blankenhain. Her vocational school is located in Holzdorf. Fortunately, the bus and train connections are well developed and with the trainee ticket, commuting is no problem for Ms. Korkmaz. Asked what the job managers want from employers, project employee Juliane Peters replies: "We want impartiality, openness, but also a tolerance for mistakes. As a project, we have built up a network with employers who are very open and happy to take participants from us." 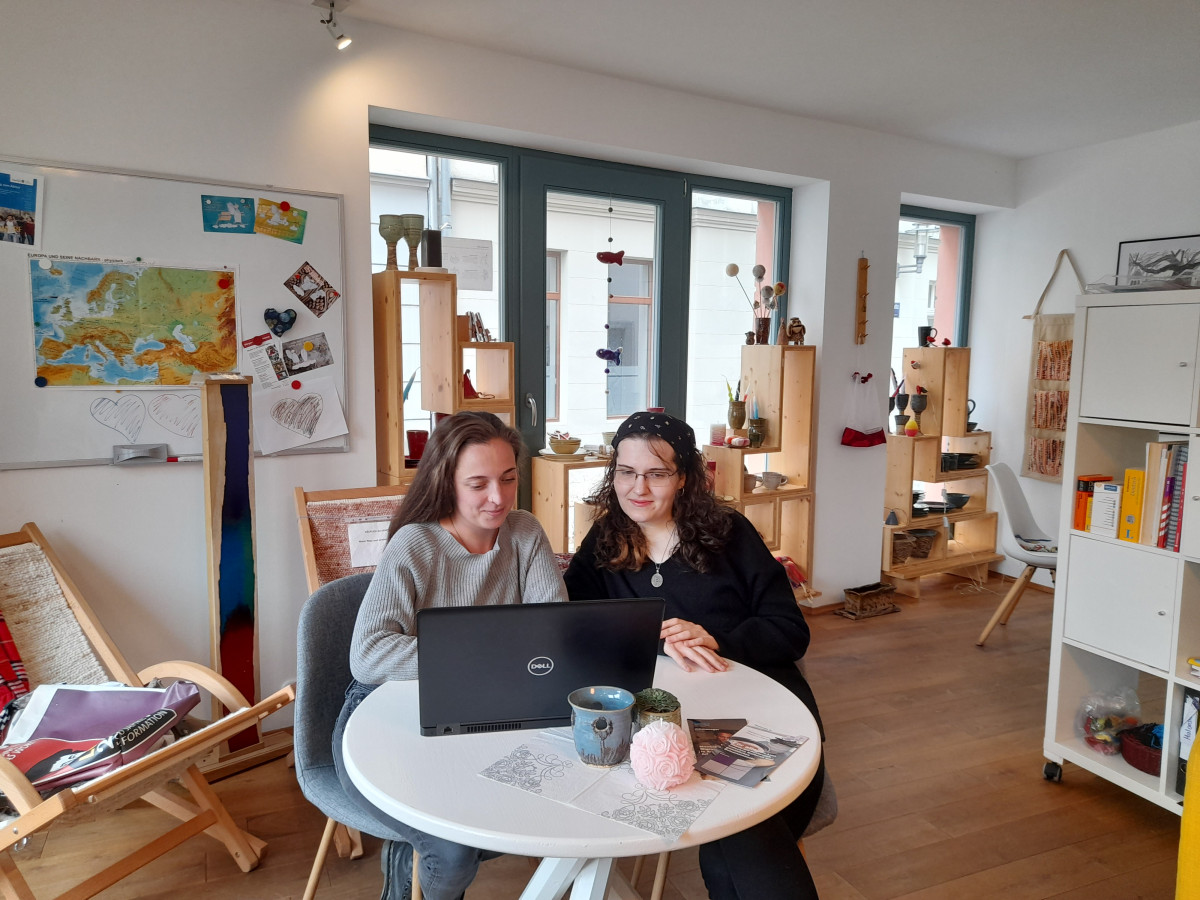 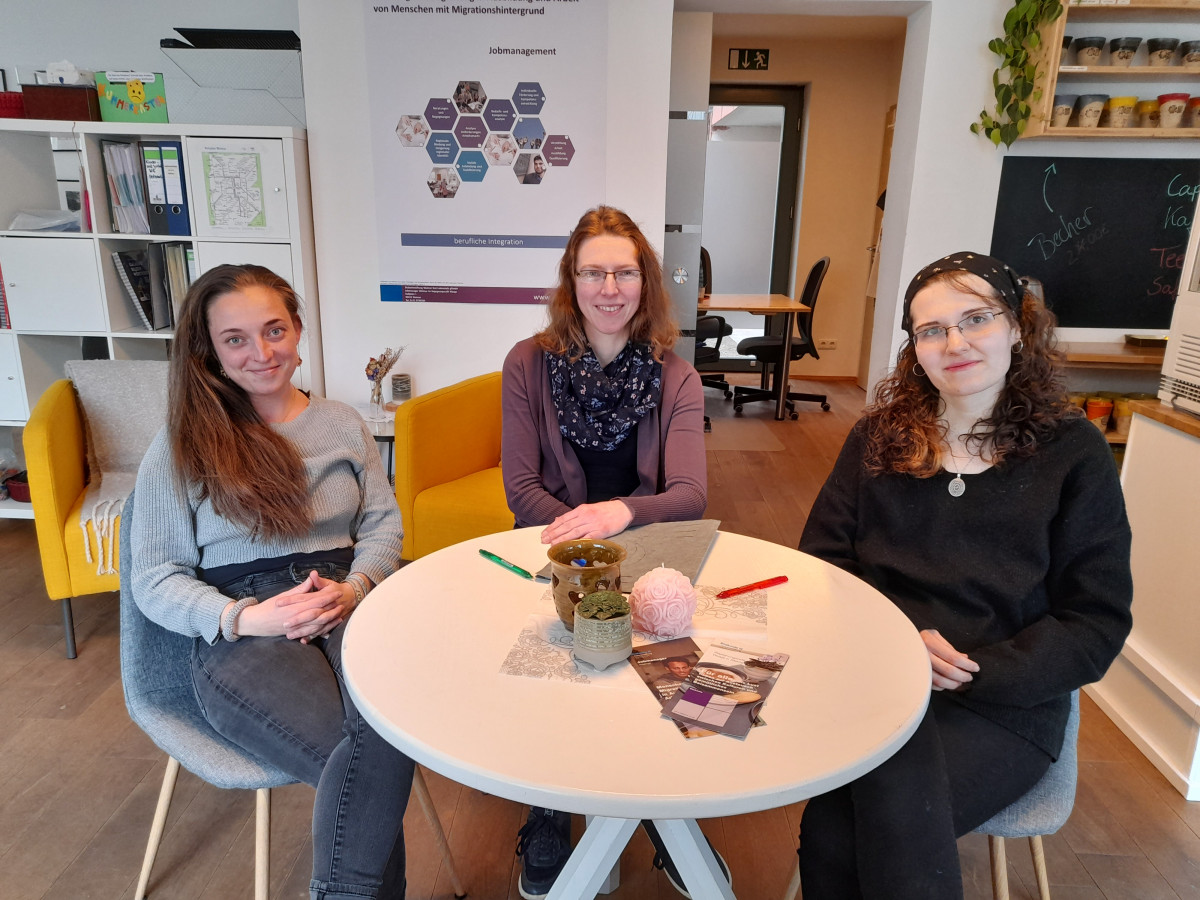