The best part is actually being able to work with my father.

Omer Ithawi has a clear goal, which motivates him time and again

For Omer Ithawi, it had actually been clear for a long time that he would train as an electrician after graduating from school. His father had already worked as an electrician in Iraq for 8 years and he also found a job in this field in Thuringia. So Omer Ithawi was able to develop a good idea of what an electrician does from an early age.

The search for a training position was actually a no-brainer. The company Elektro Schönefeld GmbH & Co KG in Ilmenau-Unterpörlitz, where Mr. Ithawi's father is employed, is a training company by conviction and offered him a two-week internship to get to know each other. On 01.09.2020 he then officially started his training as an "electronics technician for energy and building technology".

While Omer Ithawi enjoys the training in the company - "the colleagues are really nice, that fits!" - the vocational school is nevertheless a challenge. "Mathematics wasn't that easy for me at school, but I managed well when I graduated in the 9th grade. But now it's really hard, and it's going to be even harder in the 2nd and 3rd year of my apprenticeship."

With ILA-bS, the dream job is within reach again

It was Mr. Ithawi's mother who reacted and approached Dr. Schulze from the LAT project ILA-bS (Inclusive Learning and Working through Job-Related Language Support for Company Integration) in Arnstadt to see if he could receive support in the project despite his young age - he is 17 years old, the other project participants are often in their mid/late 20s or older. It worked out. In February 2021, the joint online sessions started during the training phases at the vocational school. He quickly found common ground with Dr. Schulze - both professionally and pedagogically. "I tell her where my difficulties are and she picks out exercises for me and helps me when I can't figure out the math paths on my own. She does a really good job. She can do it. She's just perfect at it."

Even though it may sound so simple from the outside. It's not for Omer Ithawi, who couldn't achieve the same success with another offer of support and had a hard time motivating himself.

But he actually prefers to be in the company anyway. "I like drilling - at first I didn't like it, it makes so much mess, now I've gotten used to it - and pulling cables I think is cool. But the best part is actually being able to work with my dad." And so he hopes that he will continue to receive support from the ILA-bS project for vocational school and thus also manage the school part of the training well.

Interview with Dr. Heike Schulze from the ILA-bS project

Training can be continued through the ILA-bS project

Omer Ithawi will join the ILA-bS project in February 2021 - a good six months after starting his apprenticeship as an electronics technician for energy and building technology in Ilmenau. "He had difficulties with the requirements at vocational school - especially in the subject of mathematics. This was also a concern for the training company, especially since Mr. Ithawi is still very young. In the end, the question was how to manage the training," says Dr. Heike Schulze from the ILA-bS project at the Arnstädter Bildungswerk e.V. educational organization.

In the initial discussions between Ms. Schulze and Omer Ithawi, they first worked out together what problems existed, what support the young trainee needed and what personal goals he had set for himself. Ms. Schulze was also in exchange with the training company. "For the joint work with Omer, it was also important for me to find out what priorities the company sees for promotion or support. At the same time, the company learns that the trainee shows initiative by seeking help. So the message is that he really wants to complete the training."

The joint sessions take place online and mostly in the late afternoon, when Mr. Ithawi returns home after blocks of classes at vocational school. Ms. Schulze explains, "Omer sends me the questions and assignments he doesn't understand in advance, and then we work on those." But much more happens in the joint work, of course: "What intermediate goals do I set myself to keep at it and motivate myself consistently. What is important in the training? Why am I only allowed to do some work in the second year of my apprenticeship? Or: What does the company expect? I sometimes give tips on how best to keep the report book. Or we evaluate certain situations."

Ms. Schulze is pleased that Omer Ithawi is now on the right track and that the continuation of his apprenticeship is no longer in question. After all, that is always the goal when accompanying other participants in the project: to recognize challenges, to develop individual goals and to follow his own path of professional integration step by step with tailor-made measures.

For Mr. Ithawi, she hopes that he will achieve the goals he has set for himself in his life. And that these goals always motivate and drive him to succeed in his training. 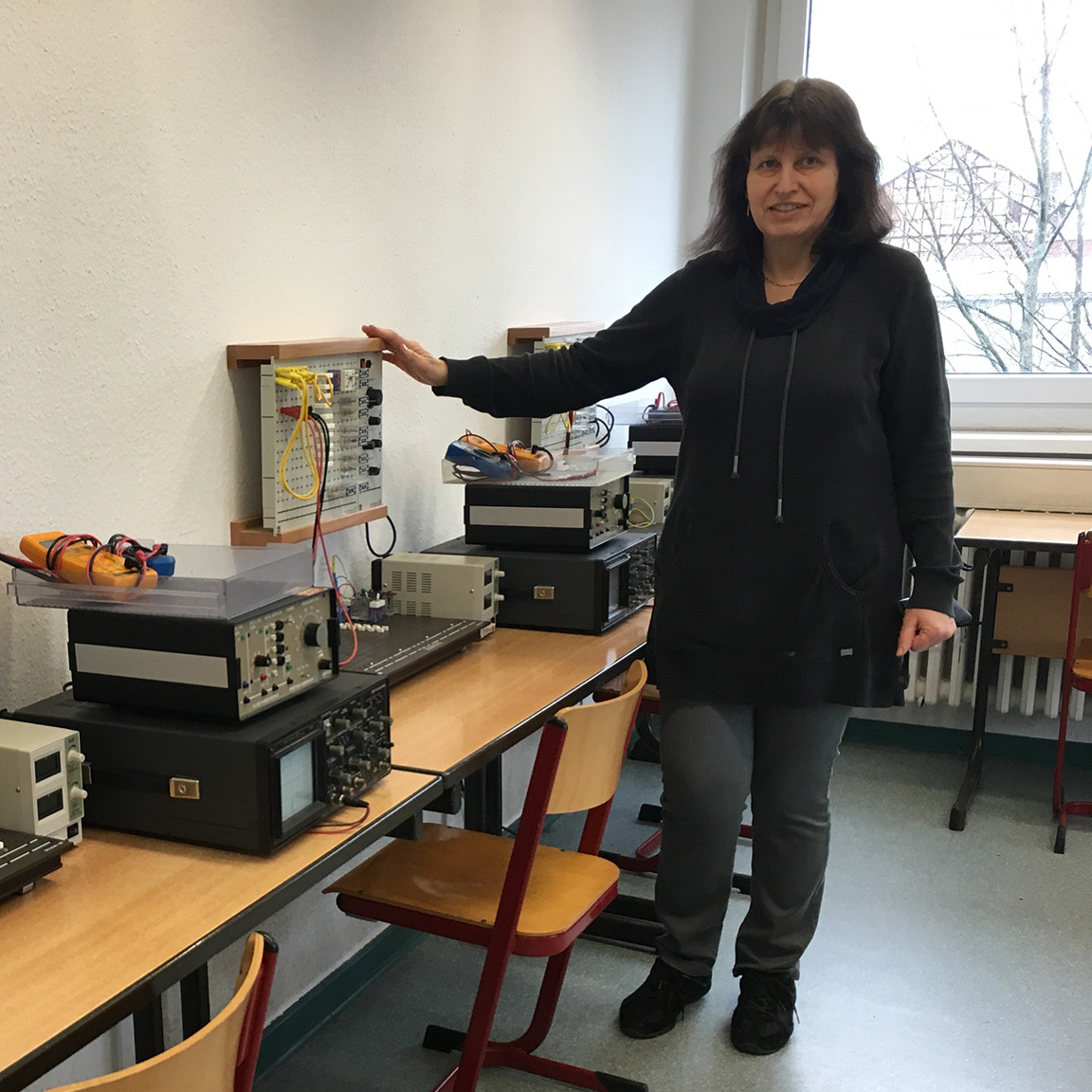